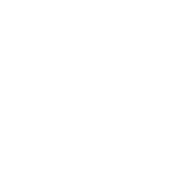 The radial fan in the common people called “snail” has a number of disadvantages. Although it is worth noting that it was the first aerodynamic separators that were designed according to this principle. The engine located at the bottom of the unit rotates at the same speed and pumps air into the separation chamber through the tunnel. The air flow is regulated by a special damper that permeates the air, thereby reducing its flow.

Now let’s look at what are the disadvantages of a radial fan. The engine is located at the bottom of the separator, thus, during operation, debris and dust that are on the floor near the engine can get into it. The power consumption is quite high. When regulating the air flow with the damper, there is air resistance, thereby the engine overheats faster. The lower the air flow, the faster the engine can overheat and thereby fail.

The engine is located on the ISM separators directly in front of the separation chamber, which allowed us to reduce energy consumption, but without losing productivity. Thanks to the presence of a ramjet motor, we were able to equip the ISM separators with a frequency converter (mini computer), which is able to change the engine speed. Thanks to this innovation, ISM separators can more accurately adjust the air flow to any agricultural crop, any moisture and debris. Air entering the separation chamber passes through the engine, thereby cooling it. Another advantage of the frequency converter is the fact that when working on different crops, we spend different energy consumption (on heavy crops, more consumption, and less on light ones. In general, ISM separators consume 3 times less electricity than analogs. there is also such a mode as “reverse”, which has no analogues.Reverse mode allows you to clear the separator from the previous culture and prepare it for the separation of a new one.

You were presented with the main differences between the ISM separators from their analogues. Of course, for farmers, the most important aspect is the quality of the separator cleaning and calibration. Here we can say simply, the ISM aerodynamic separators are recognized by farmers all over the world. Our grain cleaning equipment operates in Europe, Asia, Australia and North America.